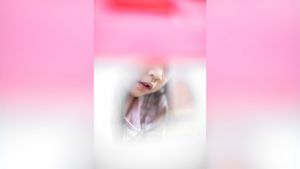 Does the biggest bully in the world lie within YOU? 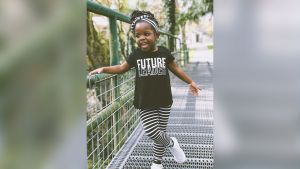 I believe that within each of us, (well let’s say 98% of us), lies the biggest bully in the world.

Does the biggest bully in the world reside within you?

Most of us are brought up to be supercritical of ourselves, overly concerned about what others think of our physical appearance and of who we are. We are often taught to dim our light.

We are often taught to focus on the negatives, rather than the positives.

Somehow, most of us come out of our childhood believing one, two or three of the following statements:

These three statements can be the basis for our belief system, our thoughts, our actions and therefore our reality.

If this is not you, I am thrilled.  Simply because we need many, many people in the world to come from a place of love and compassion for self and others.  We need millions of us to take a look inside of ourselves and honestly check whether these three statements are the foundation for our lives.

Then we will create some amazing change and transformation for the world.

Science reveals that our beliefs create about 95% of our thoughts. (Subconscious thoughts that is….) the ones that we barely even know are happening, and that run on autopilot. The ones that run our lives and that we collected from our time in the womb and the first seven years of our lives.

If we are lucky, 1-5% of our thoughts are in the conscious creation mode, where we are living from ease, grace and creativity.  The place where we allow inspired thought to wander. We can tap into our conscious mind whenever we choose to, once we have learned how to.  Then we have a good shot at changing our reality. We can swap the life we are living on autopilot, for one that gives us some input into what happens in our life.

A big and bold statement, granted.

Science also indicates we can change our beliefs.

That is why I do what I do.  I believe we can help children and adults change their experience of the world.  We can help them come out from behind the shadows of bullies and turn the three beliefs:

·       I am equally as worthy as anyone else to feel safe, loved and valued.

·       I am more than good enough to take my place in the world where I belong.

As a HeartMathTM Mentor and PsychKTM facilitator, I teach people how to train themselves to get out of their subsconscious mind, and into their conscious mind, so that they can consciously create the life that they truly desire.

So that they can tame the bully that lies within, and teach their children, grandchildren, students, clients, how to do the same.

It starts with adults.  Then we can each teach children.

We can change our physiology, (what is happening in our bodies), our beliefs and our experience of being in the world, simply by tapping into an intelligence that is only just coming to the light.  It is easy to use, is free and extremely powerful.

It is called Heart Intelligence.

Here’s to a safer world for all children.

And all adults too.

How to keep your children safer by claiming and owning your own your power. 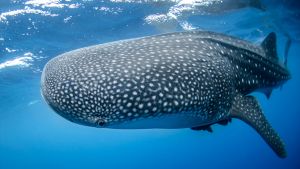 Meaning: (as seen on vocabulary.com)

1.      possession of the qualities (especially mental qualities) required to do something or get something done

Is the word POWER a positive word in your vocabulary?

Or is it a word that makes you shrink inside?

Was power wielded over you as a child?

Were you taught that to be powerful is a bad thing?

Do you own your power?

Do you want to own your power?

I invite you to consider that power can be a wonderful thing. (Particularly when this power is accessed through your heart intelligence).

I invite you to consider that each of us has a force within us that has the capacity to make a positive and uplifting difference in the world.  An energy that when we learn to tap into it, and use it regularly, can turn the darkness into light and fear into love.

We need to teach our children to tap into their own power when, where and how they choose.  It is vital for their own safety, and for the greatest good, that our children  understand that no-one can take their power away from them.  That we can protect our power and increase our inner battery, or power, by using simple techniques that are scientifically proven.

I believe that not only should we teach our children how to own, claim and use their own power, we firstly need to learn and regularly practice them ourselves.  We need to show them, by doing it ourselves, by living this as our own truth.

For as Xavier Rudd sings,

“Children grow with what they see.”

Have you ever met the biggest bully in the world? 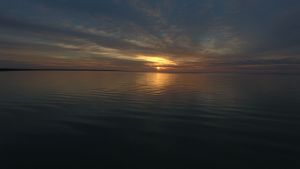 When you were growing up, did you meet the biggest bully in the world?

Many of us did, in one form or another.

Was it a bully in the shape of another child, a group of children, a teacher, an adult or a person in a position of power?

Or maybe you were one of the bullies… one of the tough kids who the other kids were totally scared of and avoided at all costs. (If this was you, you must have felt invincible, at least some of the time anyway.)  And maybe there is a part of you that wishes that you had made different choices back then……

Or maybe…. you witnessed someone else being bullied and were an “innocent bystander.” (And you are now left feeling traumatised by the nagging feeling that you didn’t do anything.  Back then, or now.)

Or were you one of those kids who stood up for the kids who were bullied? (Hats off to you if that was you.)

In any case, many of us experienced the trauma of bullying in some shape or form.

And the fruits of this crop are now coming to bear.

It seems that bullying, in all of its forms, is being brought to the light to be seen, to be heard and to be healed.

Everywhere I go, people seek me out to tell me their story of being bullied.  (I talk to people wherever I go about bullying and how to rise beyond it!)  I listen with an open heart.  I offer all the compassion, love and understanding that I can muster.

There are so many stories of abuse coming to light that has occurred in the religious sector, in schools and in the lives of children from all walks of life.   In the lives of adults all over the world.  Take a look…. at the political arena.  A shocking display, at least in Australia, of the people in power treating each other with disrespect, distrust and a complete lack of compassion and understanding. A complete lack of unity, working together and co-creation.

In working with parents, children, teachers, mental health care professionals and organisations, I have come to realise that the biggest bully in the world lies within each of us.  I am not suggesting that we all bully other people in our lives, yet I do believe that we have been brought up to be hardest on, the most critical of, and terribly tough on the person we should share the most compassion and understanding with.

Within each of us lies the potential of either coming from the ego or the place of creativity, compassion and co-creation.

From a place of love, rather than fear…..

Keep an eye out for next week’s blog post to find out if the biggest bully in the world lies within you……….